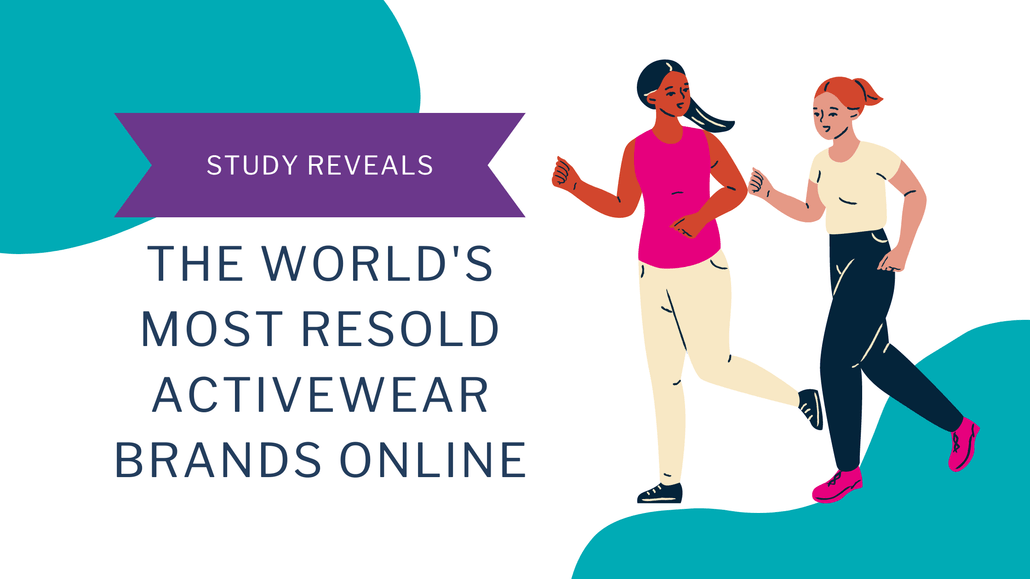 The World’s Most Resold Activewear Brands

From running leggings to windbreaker jackets, activewear is bigger than ever in 2021. And with its widespread popularity, it’s no surprise that many people look to find sportswear second-hand. Online platforms such as Depop and eBay are great places to find deals on activewear brands such as Nike and The North Face.

At Surprize Shop, we wanted to know exactly which popular activewear brands are the most resold online. To find this out, we analysed data from Depop, eBay, ASOS Marketplace, Etsy, and Preloved to find which brands are appearing the most on popular reselling apps. The data we’ve collected shows which brands are not only the most popular, but have the most resell appeal. From Nike, Champion, Vans and more, these are the brands that people can’t get enough of. See the full results for yourself below. 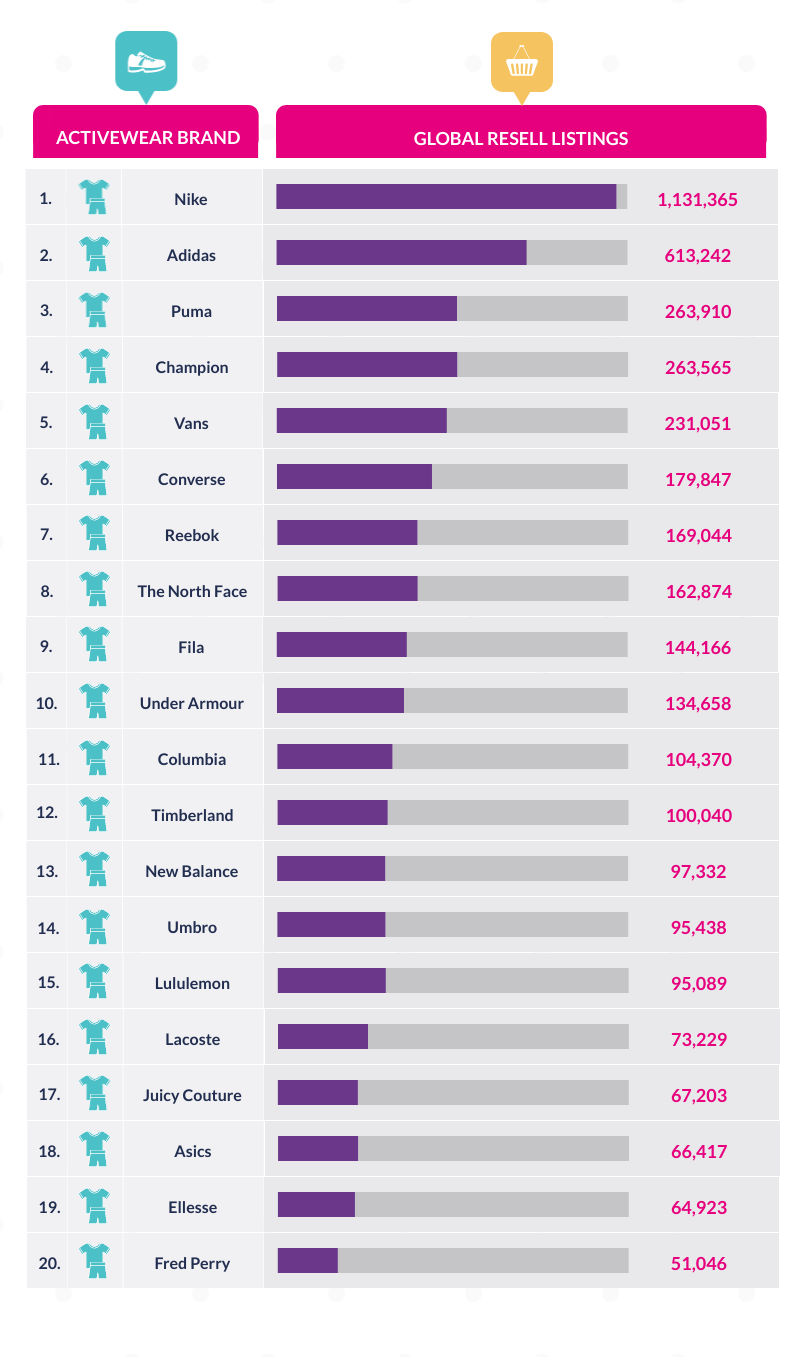 The 10 Most Resold Activewear Brands on Depop 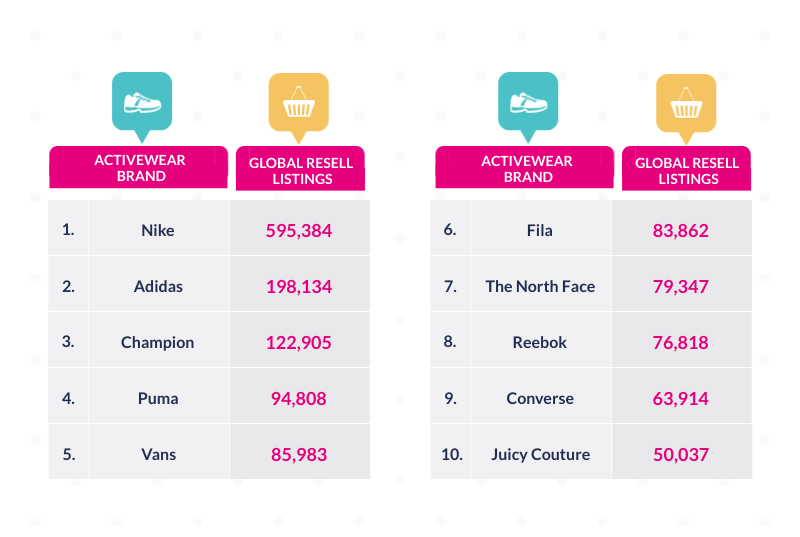 Depop is one of the most popular reselling apps. The number of active Depop users skyrocketed in 2020, and there are now 2,086,029 Depop users in the UK alone (statista.com). Our research shows that Nike is the most resold activewear brand on the platform with 595,384 listings. This is over half of Nike’s total global resale listings, showing that Depop is often the go-to for selling and buying second-hand activewear from larger brands such as Nik and Adidas. The sportswear brand Champion also featured in Depop’s top 3 results. In recent years, the brand has had a resurgence of interest and is now highly sought-after, in particular their branded t-shirts, hoodies and sweaters. It’s no surprise therefore that they are so popular on Depop, a store known for its bargains on branded clothing.

The 10 Most Resold Activewear Brands on eBay 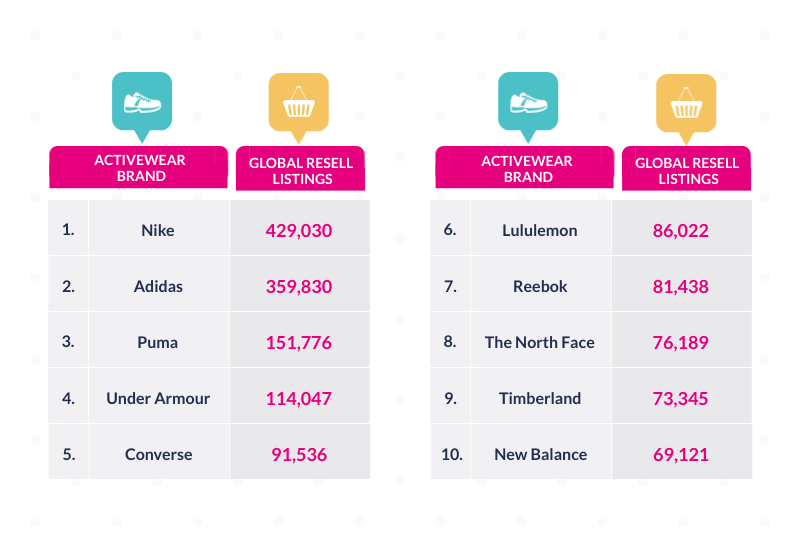 Nike, Adidas and Puma are the top 3 most resold activewear brands on eBay, three of the world’s most widely-recognised activewear brands. Whilst sportswear is a popular trend in mainstream fashion, this result isn’t too surprising. However, yoga and activewear brand Lululemon also featured in eBay’s top 10. Founded in 1998, Lululemon is one of the newest activewear brands featured in the results of our study. Out of all the reselling platforms in our study, eBay has the largest number of users, at 187 million worldwide (oberlo.com). Most likely, there are a wider variety of age groups using eBay than Depop which tends to be more popular with younger generations. This could explain why brands such as Lululemon known for their yoga clothing are more popular on the site.

The 10 Most Resold Activewear Brands on Etsy 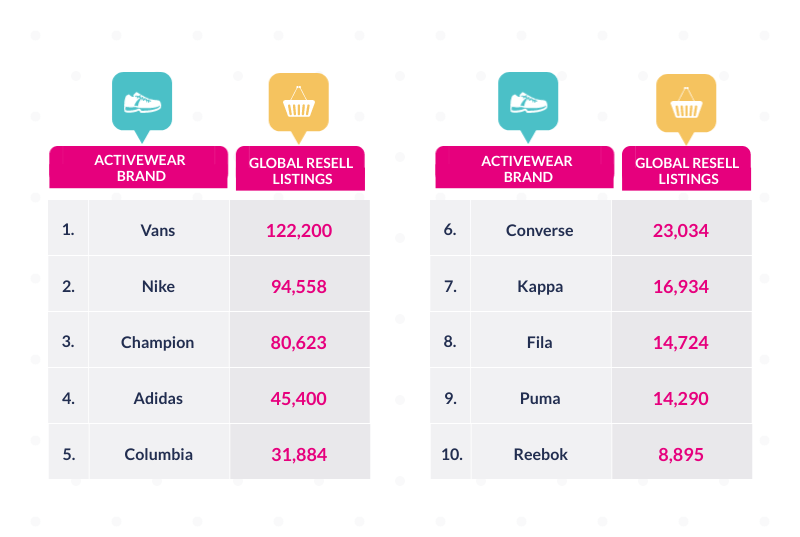 The brands that feature in Etsy’s top 10 are all household names. Since Etsy is a store known for its handcrafted and unique products, it’s likely that many of their resold activewear items are customised by their sellers, whether that’s with unique embroidered or painted designs. Vans and Converse both feature in Etsy’s top 10 most listed activewear brands, suggesting that there is a large market for footwear and sports shoes on the reselling platform.

The 10 Most Resold Activewear Brands on ASOS Marketplace 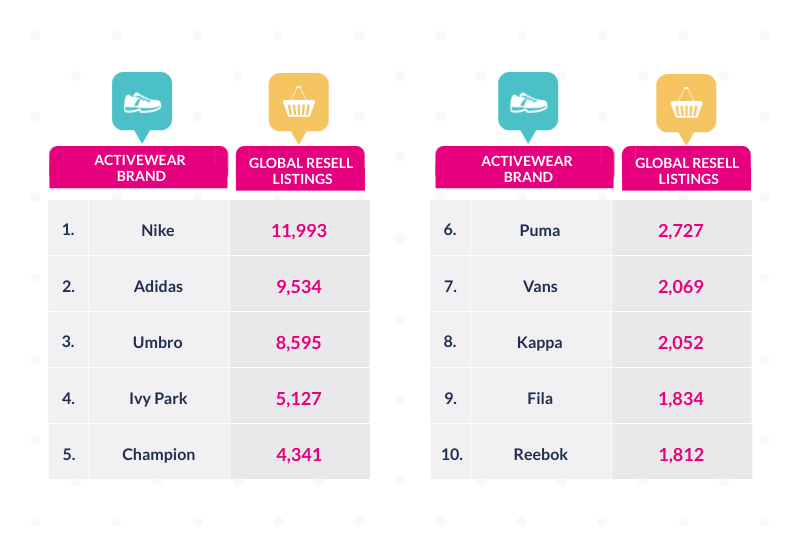 The 10 Most Resold Activewear Brands on Preloved 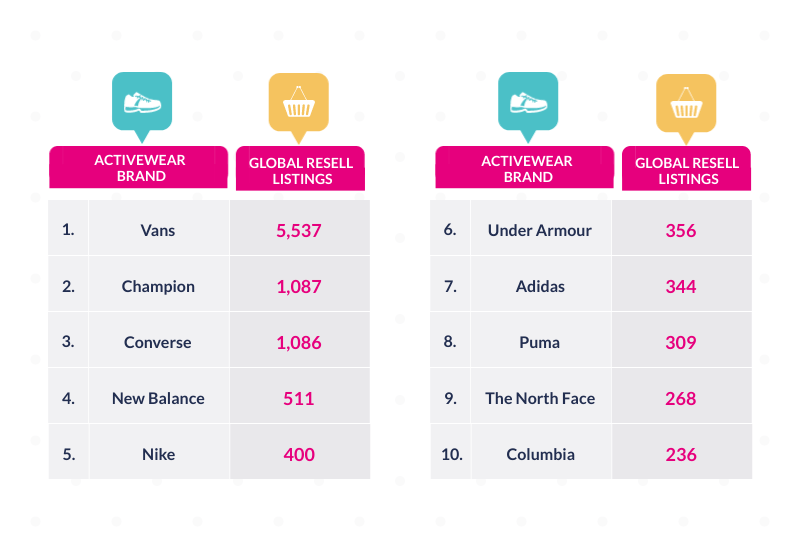 Out of all of the online selling platforms that we looked at in our study, Preloved had the fewest number of listed items from activewear brands. Despite this, both Vans and Converse appeared in their top 3 most sold brands, both best known for their footwear. Champion also appeared in the top three most listed activewear brands on Preloved; this brand has featured in the top 10 of every reselling platform we looked at except eBay.

To calculate which brands are the most resold online, we analysed data from Depop, ASOS Marketplace, Etsy and Preloved. We built a list of 40 popular activewear brands from the categories on retail websites and our own research. We then input each of the brand names into Depop, ASOS Marketplace, Etsy and Preloved and recorded the number of listings under these keywords. We added up the total number of listed items under each brand to reveal the total number of resellings across all of the platforms and sorted the results from highest to lowest to reveal the top 20.